After over 70 years in business, the future is bright for our clients and our firm. South Auckland, where we have always been based, has changed from a rural outpost to a thriving metropolis of its own. We are pleased to have a large number of loyal clients, with many families having been with us for three or four generations. High quality service has been our benchmark since day one and we are committed to providing that the same high quality for generations to come.

On 16 January 1946 the firm was founded when Cliff Amies opened an office in Papakura under the name of C H Amies – Barrister & Solicitor at the Southern end of town. At the time, there was one other lawyer in Papakura. Although it was a sparsely populated rural town, Cliff believed it would develop because of its position astride the Great South Road and the railway line.

Norm Inder joined the firm in August 1948 and later that year the firm moved to larger premises at Broadway Papakura. On 1 October 1949, Norm became a partner and the firm’s name changed to Amies & Inder.

In 1951 Cliff Amies retired from legal practice due to ill health, but returned in 1967 on a part-time basis. He eventually retired in 1982 but continued as a consultant until 1988.

In January 1953, Norm Inder employed Brian Lynch as a staff solicitor. Brian Lynch became a partner on 1 April 1955 and the firm name was changed to Inder & Lynch. In 1956 the firm moved along Broadway to new premises, where the firm remained until 2002.

In 1960 the firm opened an office in Manurewa, with Cliff Amies as the resident solicitor. Keith Reid joined Norm and Brian in partnership in 1964. The practice was called Inder Lynch & Reid until Keith retired in 1968.

Norm Inder retired from the partnership in 1992 and continued with the firm as a consultant until his death in 2000.

In 1998 Brian Lynch retired from partnership after 43 years. He remained with the firm as a consultant until his death in 2012.

In 2002 the firm moved to new premises at the corner of Wood and East Streets, Papakura. Kantilal Balu, who had practised in Manurewa/Papakura for many years, joined the firm as a consultant in 2003. The following year, after being in Manurewa for 44 years, the firm moved to new offices in Manukau City. In 2006 the firm celebrated its 60th anniversary and launched the Inder Lynch Achievement Awards. In 2007 Sarah Bush and Julian Airey (who had been with the firm since 2003 and 2004 respectively) joined the partnership.

In 2011 the firm expanded into the Franklin area. Inder Lynch opened an office in the heart of the shopping/business district of Pukekohe. In 2015 Grant Buchanan, formerly sole principal of King Gerrard Partners, joined as a consultant at the Pukekohe office.

The firm currently has a team of 24, partners, consultants, associates and lawyers with robust experience and expertise.

Our commitment to the communities we serve is reflected in the continuation of the Inder Lynch Achievement Awards to local secondary school pupils. Read more about the awards here. 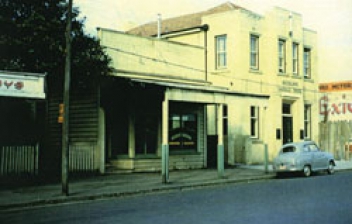 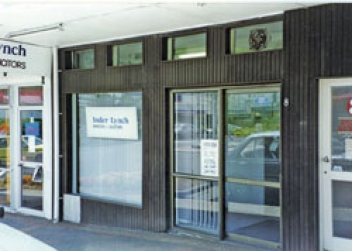 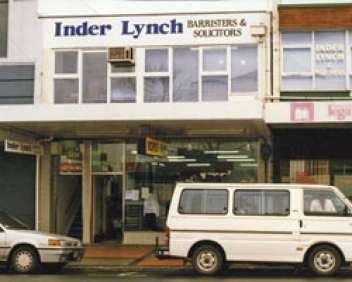 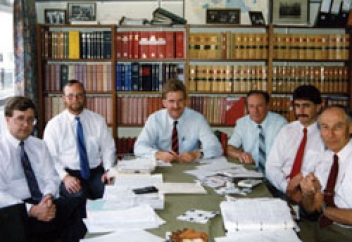 After over 70 years in business, we believe that the future is bright for our clients and our firm. South Auckland has changed from a rural outpost to a thriving metropolis of its own. The law has significantly changed over that time, presenting a challenge to us to keep up with those changes. In our first Law Report in spring 1999 Phil Saunders wrote that we are “a people oriented law firm with a business focus”. It is pleasing to note that we have a large number of loyal clients, with many families having been with us for three or four generations. The high quality of service has been our benchmark for over 70 years. Our commitment is that the same high quality will prevail for the next 70 years.